Beloved for it's beachside location, but do you know the history of everyone's favourite Welsh town?

Much of Pembrokeshire is steeped in history, but we often only know the unmissable tales suggested by the impressive castles and forts which you’ll spot when you drive through the county. If you dig a little deeper, you’ll find connections to past British monarchs, well-known wars and much more.

Tenby is one of Pembrokeshire’s most popular seaside destinations. It’s a coastal town where many choose to take their summer holidays; where people spend their days building sandcastles, paddling in the shores and bathing in the sunshine. Whilst it is certainly a fantastic place for all of those things, Tenby has a most fascinating history to explore too. If you stroll through the cobbled streets of Tenby, you’ll no doubt spot the magnificently preserved town walls and the famous “Five Arches” located along the South Parade, but you might miss the Castle upon first glance.

Originally built in the 12th Century by the Earls of Pembroke, Tenby Castle is perched high on top of Castle Hill ensuring a fantastic lookout over the surrounding coast. Much of the castle has turned to ruins now, but a tower does remain at the highest point and there is still a gateway standing over the path up from the harbour.

Unfortunately for Tenby, the fortress built was not as successful as intended and in 1260, Llewellyn ap Gruffydd captured and destroyed much of the town. Some 4 years later, William de Valence rebuilt the town and reinforced the defences once put in place. He enclosed the town with towers and added the iconic Five Arches which you can still see today – pretty remarkably maintained for a structure built in the 13th Century.

Following a period of little/no maintenance during the 14th and 15 Centuries, Jasper Tudor intervened and ordered repairs in 1457. During this time, Tenby’s town walls were significantly strengthened. A parapet walk was added to improve lookouts, the height of the walls were raised 5 foot and the depth extended up to 6 inches. It was last strengthened in 1588 as a reaction to the threat of the Spanish Armada invading.

Despite the town walls of Tenby once having acted as a pillar of protection and defence during medieval times of battle, they were later deemed unwanted and in the early 18th Century, many parts of the town walls were torn down. Nowadays, the walls are listed as a Grade I structure and are often regarded as one of the most historically important town defences in Wales. Next time you stroll along the South Parade, cast your mind back to the forgotten significance of these walls. 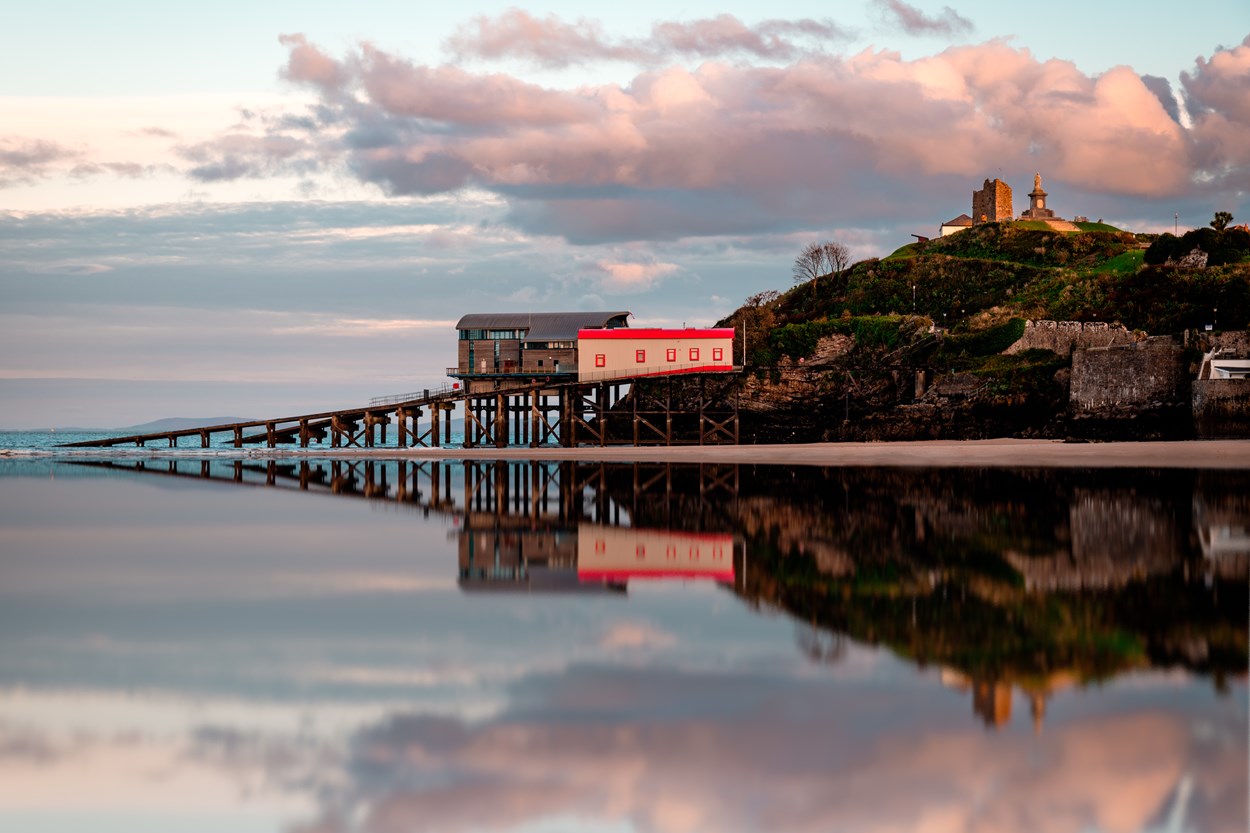 Tucked away down a cobbled side street of Tenby town nearby to the harbour, this property housed a local merchant and his family during the 1400’s. On the ground floor was the merchant’s shop where he sold many imported items from foreign countries or various British products which were coming through the port from other areas of the country. You would have been able to purchase items such as salt, wine and sugar. The first floor housed the family with their living quarters taking up this space.

Today Tenby’s Tudor Merchant’s House is a popular historic attraction and a great place to go with the children. During your visit, little ones can dress up in traditional Tudor costumes, play with replica toys from Tudor times and even get involved with fun activities and games. Explore the house and discover the differences between past and present times in Tenby. The painted cloths you’ll find draped over the walls are a real charm of the Merchant’s House. Rather than purchasing expensive tapestries during the Tudor times, many opted for painted cloths which had become a popular alternative. If you call into the House today, you will see two cloths on display - the first illustrates Tenby in 1457 after the rebuilding of the town walls by Jasper Tudor, whilst the second is set during the War of the Roses and exhibits the 1471 escape of Jasper and Henry Tudor from Tenby.

It is said that in an attempt to escape from this West Wales destination, Jasper Tudor and the child who grew up to become Henry VII burrowed into the network of tunnels beneath the town in hiding. From here, they followed a tunnel to the harbour where they boarded a ship which sailed them to safety in Brittany, France.

This iconic island lies just off the coast of Tenby and has in recent years been used as filming location for the popular BBC series Sherlock, starring Benedict Cumberbatch and Martin Freeman as the famous literary pairing, Sherlock Holmes and Doctor Watson. St Catherine’s Island had a starring role as the “Sherrinford” maximum security prison in Series 4 of the award-winning television series.

Originally St Catherine’s Island housed a small chapel and known as a place of worship. Somewhere along the lines the island became the property of the Corporation of Tenby who later sold it to the War Office in the 19th Century for a mere £800. It was during this time the island took on a much more important role in Tenby life. By this period, Tenby was becoming a notable destination with valuable links to the Royal Dockyard through the newly established railway line, so the War Office saw fit to prepare defences for the town against the possibility of foreign invasions. In 1867, work began on the island to create a secure fort which would provide protection against incomers from the sea. By the end of the decade, the War Office had established a garrison with a total of 9 guns and 100 men.

Over the next few years, the army and the navy both took control of the island until the early 20th Century when the Windsor Richards family purchased it and converted the fort into a private home and summer house. During the last century, it has been garrisoned during both world wars as well as being privately owned at various times by the army, a solicitor and a Tenby businessman. St Catherine’s Island even became home to a zoo in 1968 but in 1979, this relocated and the island has since stood empty for the most part.

A serene setting for summer days, Caldey Island is another island just off the coast of Tenby and is a popular attraction amongst locals and visitors alike. Since 1929, Cistercian monks have lived and worked on the island all year round, following a traditional method of living.

Quite remarkably, it is said that Caldey Island began life as part of a peninsula in the Carmarthen plain during the Ice Age, before a portion of the land became submerged leaving Caldey standing isolated in the sea as an island. 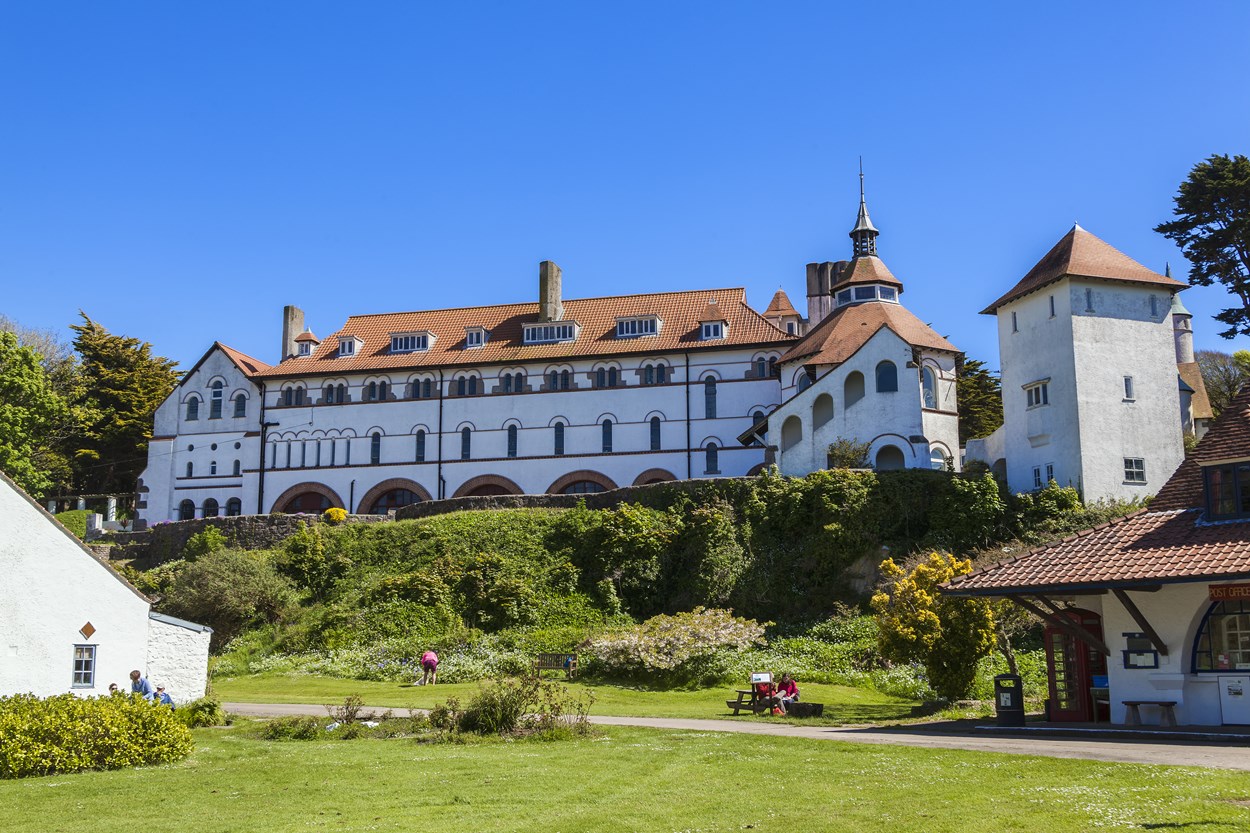 Around the 12th Century, Tironian monks moved onto the island setting up a sister monastery to the already established base in St Dogmaels. If you pay a visit to Caldey, you can still see this building – it is now known as The Old Priory. Monks remained on the island until 1536 when the monastery was dissolved under the order of Henry VIII. It was later then privately owned and used for farming and quarrying before being bought by the Anglican Benedictines in 1906, who established the current buildings and restored The Old Priory. In 1925, the Cistercian monks bought the island and have remained there ever since until the present day.

Between April and September, you can board a boat from Tenby Harbour over to Caldey Island – most definitely recommended if you’re in the area. You can spend the day strolling the beautiful sands of Priory Beach, explore the tranquil village complete with shops, delve into the history at the museum and amble up to the island’s lighthouse for a picnic overlooking stunning views of the Welsh coastline. Of course, you’ll also enjoy the twenty minute boat journey through the seas where you may catch glimpses of sea life and coastal birds. Take the whole family - pushchairs and dogs on leads are welcomed too! Did you know that one of Pembrokeshire's favourite castles has a strong royal connection? Enjoy live music and sample beers, cider and prosecco at this weekend-long festival in the heart of Tenby.

Events
Where to eat in Tenby

Make the most of your visit to Tenby by feasting on fresh, homemade dishes in some of the seaside town's most popular places to eat.