How did Fishguard locals fight off a French army?

Often overshadowed by the Norman invasion of 1066 as the last substantial invasion of Britain, the real last invasion of Britain actually took place in February 1797 in the harbour-side town of Fishguard, West Wales. Many overlook this invasion due to the fact it was not successful and not very well organised.

By the late 18th Century, the French Revolution was going strong and in 1797, a force of hundreds attempted an invasion of Britain. Led by Captain William Tate, the strategy was to sail through the Channel into Bristol and conquer the city. This English city was the second largest in the county at the time so to overthrow Bristol would have put them in good stead for the remainder of the scheme. They were then to travel into Wales before making their way north to Liverpool, taking control of these locations as they passed through.

Fortunately for Britain, the French didn’t seem to have much luck on their hands when it came to carrying out their plan. Firstly, the strong winds and stormy weather compelled the invading army to change course and aim for Fishguard harbour instead. 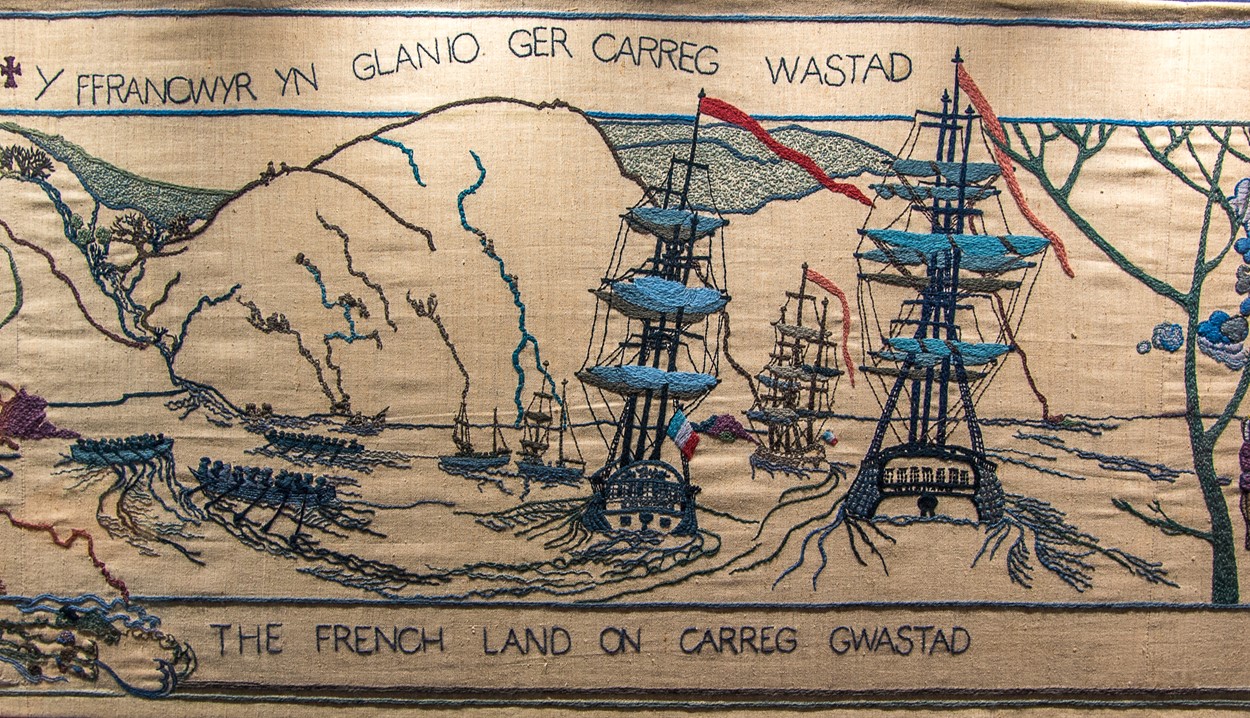 Upon arrival at Fishguard Harbour, the four French ships were greeted by canon fire which had primarily been intended as an alarm to alert the local townsfolk to arrival of the enemy forces – in fact, they say it was only a blank used. This canon fire was enough to spook the French invaders who decided to change course once again, and eventually landed on Wednesday 22nd February some three miles up the road at Carregwastad where there now stands a monument for you to visit.

Whilst the French forces came ashore up the rugged cliff-sides of North Pembrokeshire, their ships set sail to return to France and boast of a successful invasion. However, that was not to be the case.

Captain Tate, when assembling his army, had selected a range of unreliable men who apparently bore no loyalty to their leader. The 1400-strong militia were a fickle rabble of men, many of whom had recently been released from prison and were severely lacking in discipline. As a result, the men were unruly after they disembarked the ships and it is said, some simply abandoned the cause as soon as they had the chance. 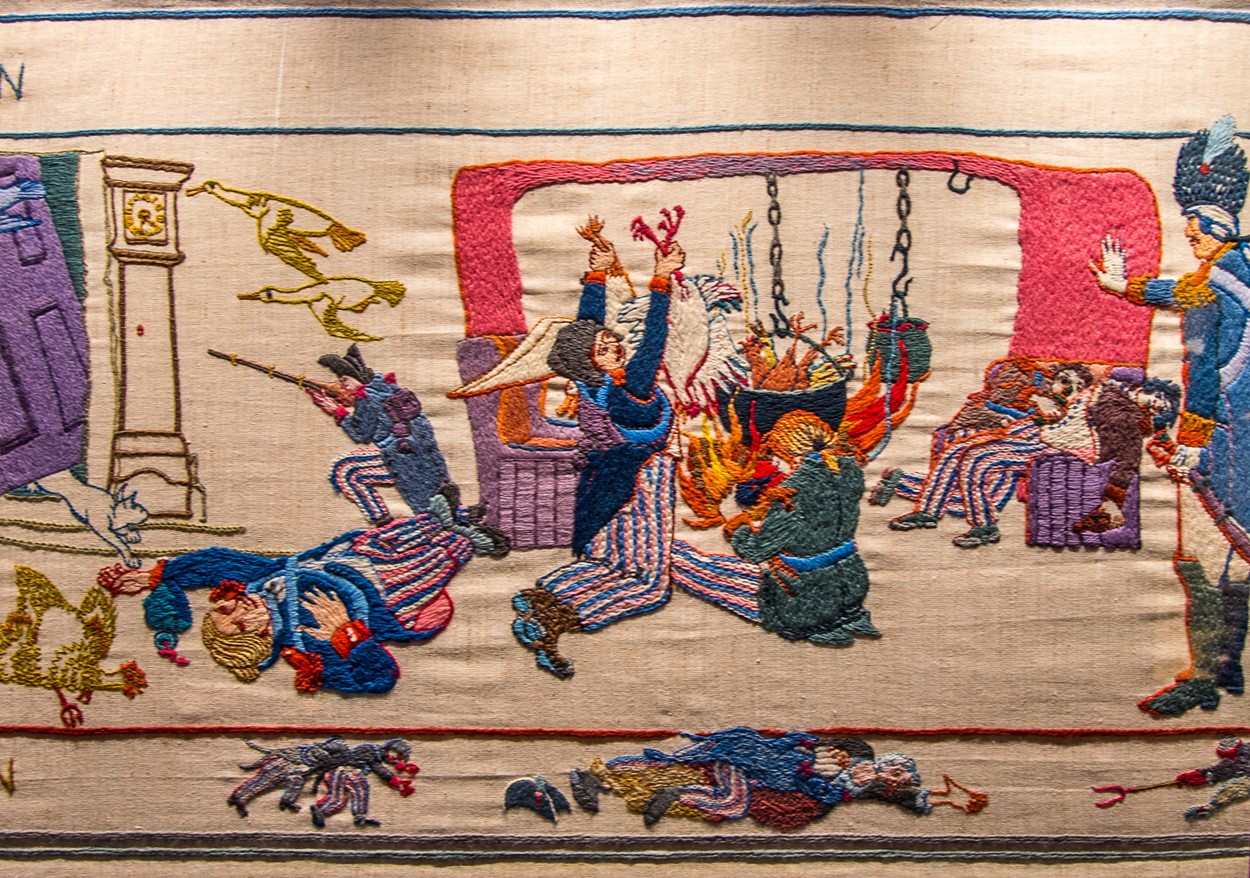 With long periods sailing across the seas, it was customary for invading forces to take over the land and homes of those living in the area so they could source food and drink to fuel their energy. The story of the invasion claims that many of the local farms and houses in the Fishguard district were plentiful as they had recently gathered rich foods and drinks from a recently stranded foreign ship, meaning that the disobedient French army had plentiful findings to indulge in.

It is at this point in the story where one of Pembrokeshire’s most beloved historical heroines comes to life. At 47 years old, a female cobbler under the name Jemima Nicholas reached for her pitchfork and led a number of local women out into the land to get involved. Each donning traditional Welsh dress with red shawls and black hats, these women allegedly gathered up a dozen French soldiers and marched them back to St Mary’s Church with Jemima at the helm. It was here that Jemima Fawr, or Jemima the Great as she’s known in English, kept her captives locked in whilst the invasion continued. By the 25th February, the local Lord Cawdor had rallied together an impressive army to oppose the French army which was rapidly diminishing in size. Captain William Tate recognised the French’s inability to compete with such an army and so a treaty was signed in the Royal Oak, just a few steps from where Jemima held the soldiers in St Mary’s Church.

And thus, the French invasion was defeated. Although many of these “facts” are known locally to be true, there are some rumours surrounding the event. For instance, many suggest the French soldiers were so intoxicated by the alcohol they had looted that they failed to recognise Jemima’s legion were women and not British Redcoat soldiers who’s uniforms were made up of red and black similar to the traditional Welsh dress.  Some also suggest that Jemima might also have possessed her own little dutch courage, as locals attempted to remove the rich alcohols from the reach of the French by drinking it themselves.

In 1997 as part of the Bicentenary celebrations, you can visit a hand-stitched tapestry which tells the tale of the invasion. Over 30 metres in length, this tapestry has been created in a similar way to the famous Bayeux tapestry and took over 4 years to make. It was made by 77 local people and is now on view in the Last Invasion Tapestry Gallery, which is in Fishguard Town Hall along with the Tourist Information Centre and Fishguard Library.

Keep an eye out for special events taking place around the anniversary of the Last Invasion as the town commemorates this historical event – you might even spot a Jemima strolling through the streets!

Photo Credits: Many thanks to the Fishguard Invasion Centre Trust for supplying images of the Last Invasion Tapestry. 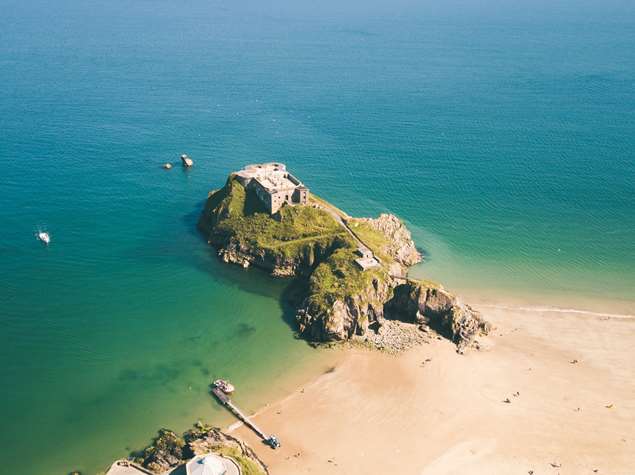 Pembrokeshire has a rich history involving war, piracy and the Tudor monarchy with a colourful collection of people and tales.

Celebrate Valentines a little different this year and follow the tradition of Welsh Valentines early, on the 25th January.